“A Conversation on Innovation: When Technology, Food, and Investing Converge” 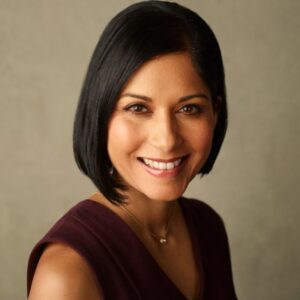 Speaker: Aditi Roy, Former CNBC Reporter and Founder of “Full Stack Food” podcast Aditi Roy is a Bay Area native, reporter, storyteller, entrepreneur, and mom. After an acclaimed career as a reporter culminating with a five-year stint on CNBC, Roy is now launching a podcast called Full Stack Food. Join us at our May meeting when we will chat with her about her time at CNBC, her entrepreneurial leap into podcasting and why she is passionate about the intersection of food and technology. BIO: Many know her from her five years reporting for CNBC based at the network’s San Francisco bureau. Prior to joining CNBC, Roy was a West Coast correspondent for ABC News where she covered a wide range of stories ranging from consumer-facing products and a Delphi self-driving car to the 2013 Target breach and severe weather across the West. Previously, Roy anchored the morning and evening newscasts at NBC10 in Philadelphia. While at NBC, she covered education extensively in addition to filling in as an NBC News correspondent, appearing on NBC’s TODAY and Nightly News as well as MSNBC. Roy began her career as a reporter and photographer at KLKN-TV in Lincoln, Nebraska. She later worked as a reporter at KHQ-TV in Spokane, Washington before joining NBC in 2002. Roy’s reporting has been recognized with 8 Emmy nominations, including “Best General Assignment Reporter” in 2008, “Best Feature News Story” in 2007 and “Best Hard News Reporter” in 2004 and 2005. She holds a B.A. in political science from UC Berkeley as well as an M.A. in political science from Stanford University and an M.S. in journalism from Columbia University. In 2012, Roy received an M.B.A. from the Wharton School of Business at the University of Pennsylvania.